The main Concept is, instead of producing power and transporting it to distant and remote villages, we can produce , store and utilise the electrical energy in distant and remote areas. This will avoid energy transportation losses, related infrastructure of  wires and poles from the power generating station to utilisation point. We designed and developed a new concept called:- Nano Solar power station for generation and storage of power and Micro grid to distribute the power within limited area of village for utility.

This can be attained by integrating following concepts,

If we combine the above 4 systems , an excellent Nano Solar Station can be built and operate for long run.

This village is located close to forest and since it is in the border of Karnataka and Kerala, the power situation is very grim. They get power for 2-3 hours a day.

In this place we were assigned to implement Nano Solar Power station and establish a micro grid with operational period of 3 months. The project is challenging no doubt, but the problem in rural areas are unlimited,

Due to rainy season entire project took almost 4 months for completion. The whole system was under maintenance for  a period of 5 years  i e. 23-02-2011 to 22-02-2016 . We maintained the system for that  period and handed it over to Gram Panchayat. 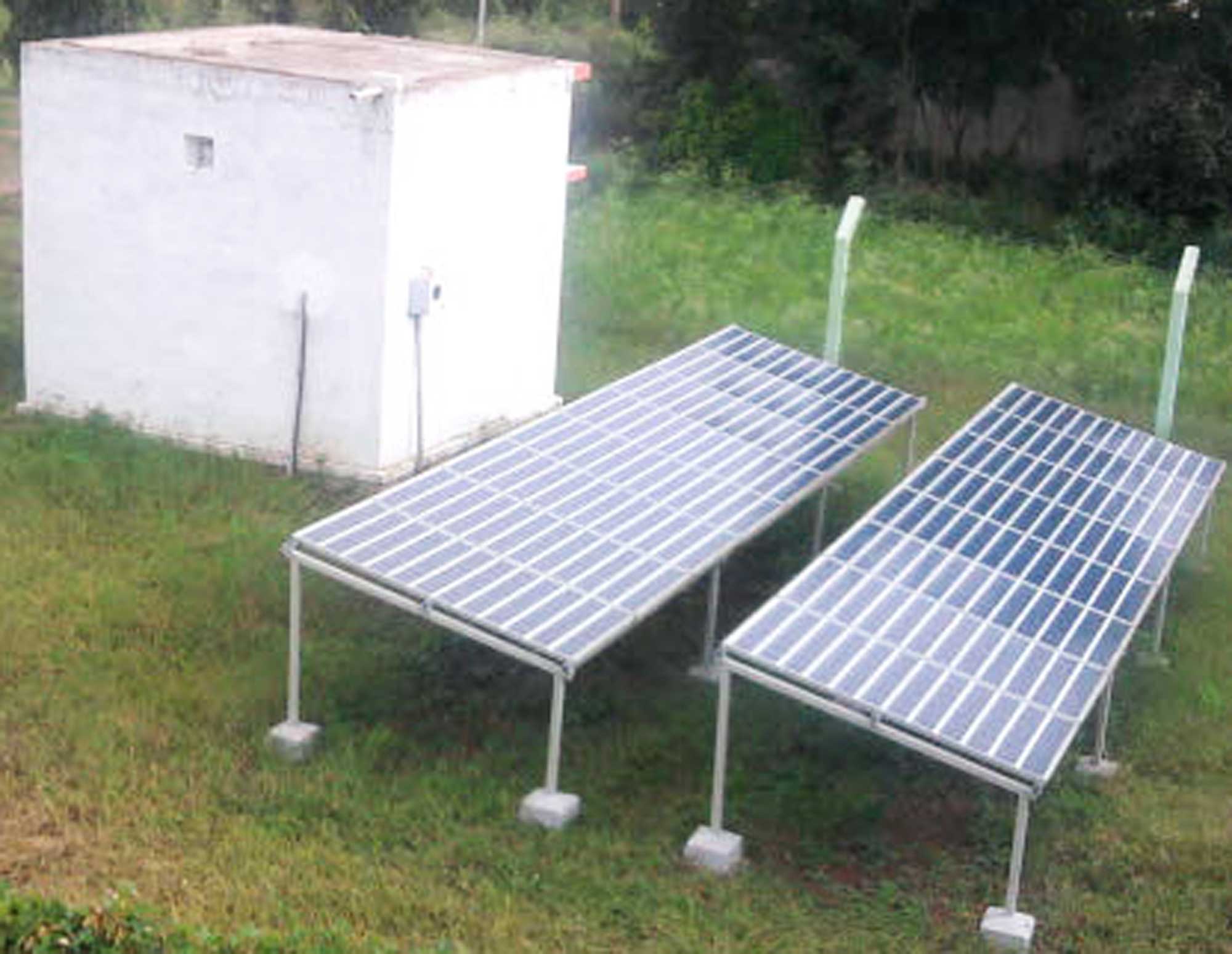 For more details on the projects please send mail to info@gemsenergy.in or Call